Kendal – a Sense of Place

An unusual mixture of Kendal’s  charming features to stimulate the senses!

Down by the River Kent on Waterside is a plaque set into the wall. Here you can see the levels where the River Kent has risen to in past floods. Hopefully not such a problem anymore due to The River Kent Flood Relief Scheme carried out in the 1970s. To find the plaque follow the river down-stream slightly from the bottom end of Lowther Street along the riverside path. 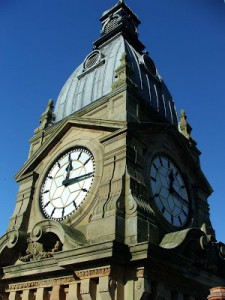 The Kendal Town Hall clock carillons can be heard four times a day & each day of the week has a different tune:
Sunday. “Devotion”. ( by a Kendal composer)
Monday. “Kelvin Grove”.
Tuesday. “British Grenadiers”.
Wednesday. “Poor Mary Anne”.
Thursday. “When the King enjoys his own again”.
Friday. “Gary Owen”. (Irish composition)
Saturday. “Na luck aboot the hoose”. ( Scots)
Kendal’s landmark clock tower has stood atop the Town Hall since 1861. The clock strikes the hours, chimes the quarters and four times daily at 9am, noon, 3pm and 6pm carillons ring out these musical compositions which are so familiar to Kendalians. 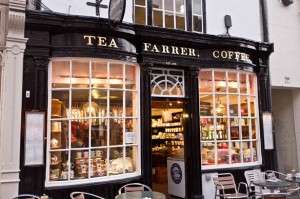 Follow your nose, indulge your sense of smell & call at Farrers Coffee House on Stricklandgate in Kendal. From 1819, when John Farrer started a family business of specialist tea and coffee merchant the tantalizing aroma of roasting coffee became a feature of daily life in the market town of Kendal. Now produced in a unit on the outskirts of Kendal the original old-fashioned coffee shop concentrates on selling and serving their very special coffees & blended teas with some rather nice accompaniments too. 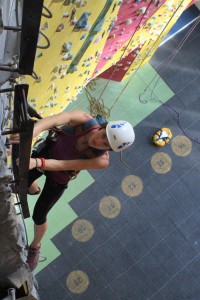 Hold on tight at the Lakeland Climbing Centre with the original Kendal Wall & Europe’s first indoor Via Ferrata. Challenge yourself on this exciting journey with steep ladders then swing across walls, tip toe over tiny planks & plunge 6m on The Jump of Doom.
Follow the brown signs at Lake District Business Park on the edge of Kendal just off A6. Parking is available or it’s a 20 minute walk from the town centre. 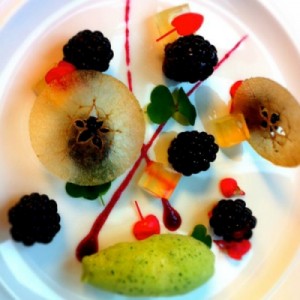 A treat for your tastebuds! The Castle Dairy Restaurant offers a unique dining experience in Kendal’s oldest inhabited building. Staffed by Kendal College apprentices and watched over by chef Robert Stacey, the restaurant provides exceptional food, surrounded by local art work, in a truly unusual setting. If you are looking for something memorable for a special occasion or simply feel like you deserve a treat,  book a table at the award winning Castle Dairy on Wildman Street in Kendal.