Stott Park Bobbin Mill in the village of Finsthwaite, at the southern end of Lake Windermere, is an important piece of Cumbria’s industrial history. Tucked away in a quiet glade is one of the last Lake District bobbin mills, a reminder of the once vital industry that helped keep the cotton mills of Lancashire running.

The cotton spinning industry was a backbone of Britain’s 19th century industrial revolution and the cotton mills of the north needed bobbins on which to wind the cotton thread they spun into cloth. A typical mill of the early 19th century might have thousands of spindles and each spindle required several bobbins. A bobbin is essentially a cylinder made out of wood with a flange at each end to keep the thread from slipping off.

Find out how the bobbins were produced at Stott Park Bobbin Mill from locally sourced wood & the often harsh working conditions at this award winning attraction. 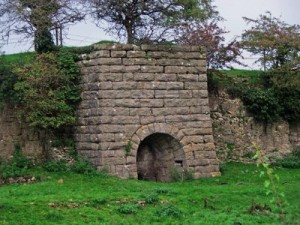 Lime kilns can be found dotted around the countryside of South Lakeland, in fields, at roadsides, on country walks and seemingly in the middle of nowhere. Lime kilns were used from medieval times right through to the 18th and 19th centuries.  The lime was needed as mortar for buildings, limewash for walls and in agriculture as it improved the fertility of acid soils.

Burning limestone, which is calcium carbonate, gives you quick lime, calcium oxide. Mixed with water this produces slaked lime, calcium hydroxide. When slaked lime or quick lime was added to the land it raised its pH. Slaked lime was also used as lime putty for building. This is soft when first mixed, but with time absorbs carbon dioxide from the atmosphere and hardens as it reverts back to calcium limestone.

Lime kilns were typically built close to the source of limestone & the nearby Lancaster to Kendal canal which transported coal for the fires. One such lime kiln can be seen from the A590 as you’re travelling North towards Kendal. The kiln sits in the field on your left, built into a lime stone escarpment. 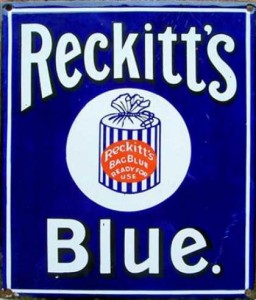 The Dolly Blue Factory began life in 1928 when an old mill building at Backbarrow was purchased by a Lancashire company for the production of the blue pigment, Ultramarine, also known as ‘Dolly Blue’.  This was commonly used by housewives to enhance the appearance of their white laundry but had many other uses as well. The pigment was manufactured from a finely ground mixture of sulphur, china clay, soda ash, pitch and velspar. Workers at the factory were provided with their own bus as they were so covered in the blue powder from the manufacture which ceased in the 1980’s.

The factory building has now been converted into a rather nice hotel with a spa.  Call in & enjoy a meal or snack in their ‘Dolly Blue Bar & Grill’ with views across the river.

The Lakeland Motor Museum at Backbarrow has a great exhibition, ‘The Leven Valley Heritage Centre’, which tells you much more about Dolly Blue & is actually in one of the old packing sheds of the Backbarrow Blue Mill. 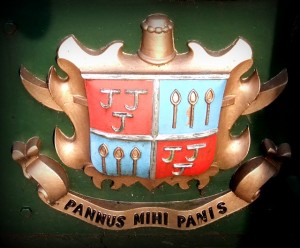 The Wool Trade in Kendal was important for well over 600 years. The town’s motto is ‘Pannus Mihi Panis’  or ‘Wool is my Bread’, in fact Kendal’s coat-of-arms features teasels for raising woollen fabric’s nap and hooks for securing bales of wool and cloth to packhorses.

The yards of Kendal were once full of industrial activity much of which was connected to the wool trade. At one point over half of Kendal’s principal householders were actively involved in textile occupations such as wool combing, weaving, cropping, dyeing and tailoring, with carding, spinning and knitting undertaken by women and children.

Many different woollen cloths were made in Kendal but the most famous is ‘Kendal Green’, a hardwearing cloth said to have been worn by the Kendal Bowmen who fought at the battles of Crecy in 1346 and Poitiers in 1356. Shakespeare refers to ‘Kendal green’ in Henry IV (Part I). The green colour was achieved by first steeping the cloth in a yellow dye from dyer’s greenweed (Genista tinctoria) and overdyeing it in blue from woad (Isatis tinctoria) or indigo.

Kendal’s Snuff Trade began in 1792 when Kendalian Thomas Harrison returned from Glasgow, where he had learned the art of snuff manufacture. He also brought with him 50 tons of second-hand equipment, all carried on horseback.  Tobacco was shipped to the port of Whitehaven then transported by packhorse across the hills & mountain passes to Kendal. Snuff was the ideal product as it used the often damaged leaves & stems of tobacco. The Gawith Company was very successful & manufacture at the Lowther Street premises continued until 2009. The sweet smell of tobacco was very familiar for those who regularly walked down Lowther Street or the yard behind the factory. In the summertime workers had the windows open & you could hear the belts running  the machines & peer through the brown haze into the factory beyond. Kendal snuff is still in production today on Shap Road with some of the original equipment still in use.