Penrith – Heart of Cumbria
Known as ‘The Old Red Town’ because of the distinctive red sandstone that is characteristic of many of Penrith’s lovely old buildings. Penrith is a historic market town, having a rich heritage and is well worth visiting. The town has an interesting history and due to its position on the strategic route to & from Scotland it remains an important landmark.  It was in the 9th and 10th centuries that the town became the capital of Cumbria – a semi-dependent 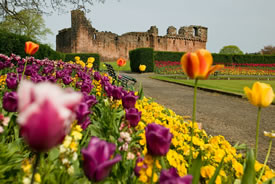 state which, until 1070 AD formed part of the Kingdom of Scotland and Strathclyde.  The two oldest streets, Burrowgate and Sandgate, date from the 13th Century. Traditionally farmers brought their produce into Penrith on a horse and cart, the need for stabling explains the many alleyways which lead from the front of inns to the stables behind. Today these alleyways are very much in use and lead to a variety of delightful courtyards, where you can find some good restaurants and specialist shops.

and now alongside the Tourist Information Centre. Inside the museum you can explore the history, geology and archaeology of Penrith and the Eden Valley. Exhibits include pottery from the Roman fort near Plumpton and a prehistoric ‘cup and ring’ stone from Little Meg Stone Circle. There is also gallery space which provides a year-round programme of exhibitions. Admission is free and the museum is open all year round.

Penrith Castle is close to the town centre near the railway station. Owned by English Heritage it was built at the end of the 14th century by Ralph Neville, who played a key role in the Cumbrian defence of the Scottish border. Although now in disrepair the full height of the castle walls remain intact and this and the surrounding park are open daily with free entry for English Heritage members. 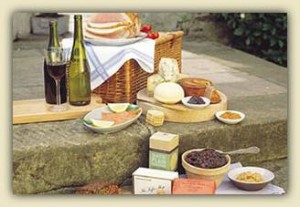 No visit to Penrith would be complete without popping in to sample the delights of James & John Graham at their shop in the old Market Square. This bakers & deli is filled with a vast array of pies, quiches, cakes and breads, all prepared and cooked on the premises, as well as mouth-watering cheeses produced locally, nationally and internationally. Treat yourself to one of their freshly made to order butties or their ‘Soup of The Day’! 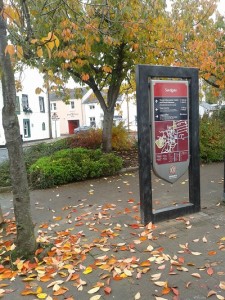 Why not re-live the town’s colourful past and go on one of Penrith’s town trails? A series of seven walks illustrating the town’s history can be easily downloaded or follow the ‘Explore Penrith’ self-guided tour from the Tourist Information Centre.

Your journey to Penrith begins here:

Follow the M6 from junction 37 north through the Tebay Gorge, the scenery is stunning and in my opinion this is the best bit of motorway you will ever have the pleasure to drive. Views of The Howgills lead you high up over Shap Fell and then into the fertile farmland of the Eden Valley where Penrith can be found just off junction 40. Look out for the heart-shaped wood at Carlingill which you can read about below.